What Happens When Your Insurer Goes Under? 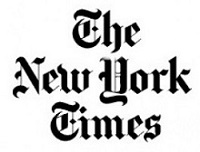 This article was summarized from the following website: nytimes.com

The Complete Story of Executive Life Insurance Company's Bankruptcy in 1991

Ever since the problems at the American International Group burst forth two months ago, a sort of low-grade fear has set in among policyholders at insurance companies of all kinds.

This raises many questions: What has happened in the past when insurance companies have gone under? What might happen to your life policy or annuity in the worst case? Is there anything you can do to protect yourself?

We will get to the answers to that last question below. But before we do, let’s indulge our inner worrywarts with a brief history lesson. It’s the 17-year saga of what was once California’s largest life insurance company, whose collapse featured cameos by Michael Milken, David Geffen, Sam Zell and a brain-damaged child who is out seven figures and counting.

The company was called Executive Life, and at the time of its demise in 1991, it had about two-thirds of its assets invested in junk bonds (Mr. Milken’s company sold them, and Executive Life’s parent company eagerly took them in.)

When the value of those bonds fell, many policyholders took their business elsewhere, in an insurance version of a run on the bank. California’s insurance commissioner seized the company’s unit in that state, a move regulators elsewhere quickly copied.

While Executive Life continued to pay out claims when people died, other policyholders who stayed with the company were not allowed to cash in their policies or borrow against them except in case of hardship. Some types of monthly annuity payments dropped to 70 percent of what they were supposed to be.

The measures were supposed to be temporary, but the stopgap ended up lasting for two and a half years because of ugly legal wrangling that pitted some policyholders against one another.

California’s insurance commissioner auctioned off the company and all kinds of people turned up to kick the tires (enter Mr. Geffen and Mr. Zell). Eventually, a consortium of companies emerged as the winners, with a unit of the French megabank Crédit Lyonnais buying the junk bonds and other French companies taking over the policies themselves.

Things got ugly for consumers from there. After having waited so long, many saw interest rates, premiums or other terms on their policies change for the worse. Though some people were made whole, it happened very slowly. Stan Richelson, a certified financial planner with the Scarsdale Investment Group in Blue Bell, Pa., owned some Executive Life guaranteed investment contracts and just noticed a few weeks ago that an additional $60 had recently turned up in an old 401(k).

Others were not so lucky. The parents of Katie Watson, a girl in Phoenix who suffered permanent brain damage after a hospital stay, put the proceeds from their legal settlement into an Executive Life annuity to help care for her. After the company’s demise, however, their annuity payments fell nearly by half.

Her father, Vince, said that the Watsons ended up in foreclosure on a home they had bought to accommodate caring for Katie, and the total shortfall between what the family had received and what it was supposed to get was at least $1 million. In all, policyholders lost about $4.5 billion.

I bought two annuities this year and was extremely satisfied with the service from Immediate Annuities.com each time. In short, their staff was courteous, professional, and prompt. I would recommend them to anyone who wants to buy an annuity.

It got worse from there. In 1999, a whistle-blower came forward and charged that Crédit Lyonnais had broken both state and federal laws involving foreign and bank ownership of insurance companies. Jean Peyrelevade, the former chairman of Crédit Lyonnais, later pleaded guilty to two felonies in 2006 (though under an arrangement that simultaneously allowed him to declare his innocence) and was banned from setting foot in the United States for three years.

The Executive Life story is not over yet. At least one legal case involving the California insurance commissioner is still winding its way through federal courts.

A lot would have to go wrong for something like this to happen again. First, insurance experts know of few, if any, companies that have gone under so far because of the current financial crisis. Risk managers learned valuable lessons from Executive Life and other companies that fell apart. State insurance regulators keep pretty strict tabs on companies now.

The regulators could lend a hand in the coming months by lowering minimum capital requirements for insurance companies, giving them some breathing room. The federal government could also make loans or other assistance available to insurance companies of any sort; only ones affiliated with banks or savings and loans are eligible right now.

In the event of emerging problems, the regulators would try to broker the sale of weak companies to stronger ones that would honor the policies and terms. Failing that, each state has something called a guaranty association that provides a sort of backstop to policyholders, within certain limits, and covers them if their troubled insurer cannot.

This was what allowed many Executive Life policyholders to get their money back but left the Watson family short, since their annuity was much higher than their state’s limits.

Some states offer higher caps, and others may raise theirs soon. You can look up your own state’s coverage and read more about how the guaranty associations work at nolhga.com.

A payout from a guaranty association does not happen instantaneously. Again, at Executive Life, it took two and a half years for many policyholders to start collecting their money. The process would take months at least, with worried people in limbo in the meantime.

Plenty of things could cause another run on insurance companies. A devastating earnings report or financial filing could set one off. So could comments from public officials.

So what actions should you consider taking in the coming months? One big problem with pulling money out of an insurance company is that it can cost you dearly. There might be penalties called surrender charges. Tax consequences lurk. And there is no guarantee that you can get similar coverage elsewhere, or buy it at an affordable price.

Then, you need to convince yourself that your new insurance company isn’t similarly troubled or won’t be soon. “Consumers don’t have much option other than to rely on agency ratings” of insurance company soundness, said Joseph Belth, a professor emeritus of insurance at Indiana University who edits a periodical about the industry. “They can’t do the analysis themselves.”

A.M. Best, Fitch Ratings, Moody's and Standard and Poor’s all rate insurance companies and have free information on their Web sites. There are links from the version of this column at nytimes.com/yourmoney. The company’s grading systems differ from one another, so look them up first.

That said, Mr. Watson, the father of Katie, is quick to note that when selecting his daughter’s annuity, he consulted the ratings carefully before deciding on Executive Life. “Our attorney said that banks have failed, savings and loans have failed, but never in the history of our republic has an A. M. Best top-rated company failed,” he said. “That was enough for me.”

If you’re looking to switch insurance companies, start with a top-rated one, but also keep an eye out for too-good-to-be-true terms or brand new riders or features. They may not be truly battle-tested. Also, don’t stop paying premiums on your old policy until the new one is up and running. You don’t want to be caught dead, literally, during a coverage gap.

And if you want to be as close to safe as possible, split your coverage between two companies in case one of them runs into trouble.

Or triple locking it if you need to work with three companies to put your mind at ease. Or sextuple locking it. This level of paranoia, alas, is what we’ve come to now.