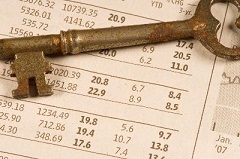 Most non-qualified annuity owners intend to hold their contract throughout their retirement years. If the account experiences losses within any one given year, those losses are not currently deemed allowable tax deductions. Losses on non-qualified variable annuity contracts cannot be captured by the current owner. Therefore, short term account reductions attributed to market decline do not entitle the account owner to take advantage of a tax deduction.

How can a Non-Qualified Variable Annuity Loss be Claimed for Tax Purposes?

How does an Annuity Owner’s AGI Affect Loss Deductibility?

A non-qualified annuity loss is treated as a miscellaneous deduction for tax purposes. As such, the deduction is subject to the 2% adjusted gross income (AGI) threshold, which potentially limits the amount of losses that the annuity owner is permitted to deduct. To determine what percentage of your account losses may be deductible, first calculate 2% of your AGI. Next, deduct from this figure your total annuity losses. The resulting amount is what is eligible for deduction on your federal return.

Annuity losses can only be captured for tax filers who currently itemize. Filers choosing to capture annuity losses for a given tax year will be forced to itemize, thus giving up their standard deduction. Ultimately, non-qualified variable annuity losses are deductible for tax purposes under the conditions outlined above. But as tax laws change annually, it is important to discuss your current tax situation and how an annuity distribution resulting in a capital loss may impact your household’s financial health prior to completing the transaction.